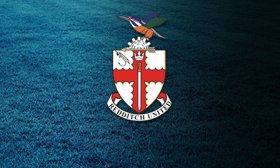 Wayne Spicer Names Backroom Staff Ahead of the 2020/21 Season

They have a vast level of experience amongst them as first-rate coaches. These include qualifications to UEFA B coaching levels. Many achievements are proudly held by the team which range from coaching at competitive non-league level, coaching for high level academies, coaching for the Albion Foundation and being regional head coach for Paris St-Germaine. One scouts for clubs like Derby County.

It is also very pleasing that Adam Murusiak, last season’s goalkeeping coach is excited about staying with the first team and being an important part of Wayne’s team.

“My whole coaching team share a high standard and passion for the game. With their various qualities we will have a common purpose and want to install that in our first team. That is to win games and perform”

“We will not only be prepared for the coming season but with the quality of Wayne’s coaching staff our players will be amongst the fittest and technically equipped team in our league. I am very excited about the prospect”