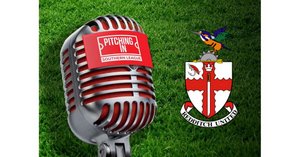 Today we have received information form the Southern League regarding the re-start to the season.

As we went into a second lock down teams were asked when they would like the season to re-start should the national lockdown end as planned on December 2nd.

After reviewing these results the League have today updated teams:

"Having taken into consideration the answers to the questionnaire sent to Clubs regarding the restart date, the Pitching In Southern Football League will officially restart on Saturday 12th December 2020, provided that the second lockdown finishes on 2nd December 2020 as planned. If not, we may need to look again at the situation. However, should any Club wish to restart on either Saturday 5th December or the following midweek or indeed play matches on both dates the League would have no objection. The season will restart on the basis of the four divisions and the fixtures already scheduled or being rescheduled by the League."

This would see the Redditch return to action at The Trico Stadium against Tamworth on Saturday 12th December. However, we have written to the League and stated our intention to return to action on Saturday 5th December and this fixture could go ahead providing our scheduled opponents and hosts Leiston agree.

We are yet to hear when the games missed due to the second lock down will be re-arranged.